Dr. Robert Korwin of Middletown/RedBank, NJ, has discovered an unreported link between patients with gastric acid reflux (GERD or LPR), and the appearance of the tongue when viewed with the VELscope®

Dr. Robert Korwin has discovered a new link between gastric acid reflux and an orange yellow fluorescence of the dorsum of the tongue. This florescence is seen with a VELscope® during dental exams.

After thousands of dental exams performed by general dentist Dr. Robert Korwin of Middletown/RedBank, NJ, he has discovered that there is a previously unreported link between patients with gastric acid reflux, and the appearance of the tongue when viewed with the VELscope® oral cancer screening device.

Reflux of acid from the stomach to the esophagus changes the acidity of the oral environment, with the most distinct changes occurring in the back of the mouth, and lessening in intensity toward the front due to buffering by saliva. In patients with reflux, different types of bacteria (which thrive in an acid environment) then grow on the back of the tongue than on the front.

The VELscope® is designed to differentiate healthy tissue which glows green, from unhealthy tissue which appears dark under the VELscope® filter.  Unhealthy oral tissue can be caused by viral, fungal and bacterial infections, inflammation from lichen planus, squamous papillomas and salivary gland tumors. These conditions are routinely reviewed during oral cancer screening exams by dentists.

Dr. Korwin has also said that the VELscope® device reflects bright white light from tonsiloliths, or tonsillar stones, which can be uncomfortable and can contribute to bad breath.

This new discovery will be useful as a screening tool for dental patients, since dentists can quickly refer patients for proper care to their physicians when an orange tongue fluorescence is seen during the two minute chair side examination, which Dr. Korwin performs as part of the dental exam.

Without treatment, gastric acid reflux (GERD or LPR) can become erosive and cause heartburn, chest pain, tooth erosion, and can lead to Barrett's esophageal metaplasia and esophageal cancer. Rapid screening can help patients discover the disease and avoid its debilitating effects.

Although further research is necessary to conclusively reveal the foundations underlying fluorescence and reflux, this technology is available now at no charge to all patients of record of Dr. Korwin at his office in Middletown - Red Bank New Jersey.

Robert Korwin DMD, MICOI, MAGD is an award-winning dental expert who has served the Middletown-Red Bank-Monmouth County area for over 35 years. His practice offers a full range of general, reconstructive and cosmetic dental procedures with an emphasis on patient comfort.  Advanced Dentistry with a Gentle Touch, includes sedation dentistry, and the practice works with individuals to maximize their dental health, ensure their comfort and minimize financial concerns. For more information, please call (732) 219-8900 or book an appointment with Dr. Robert Korwin. 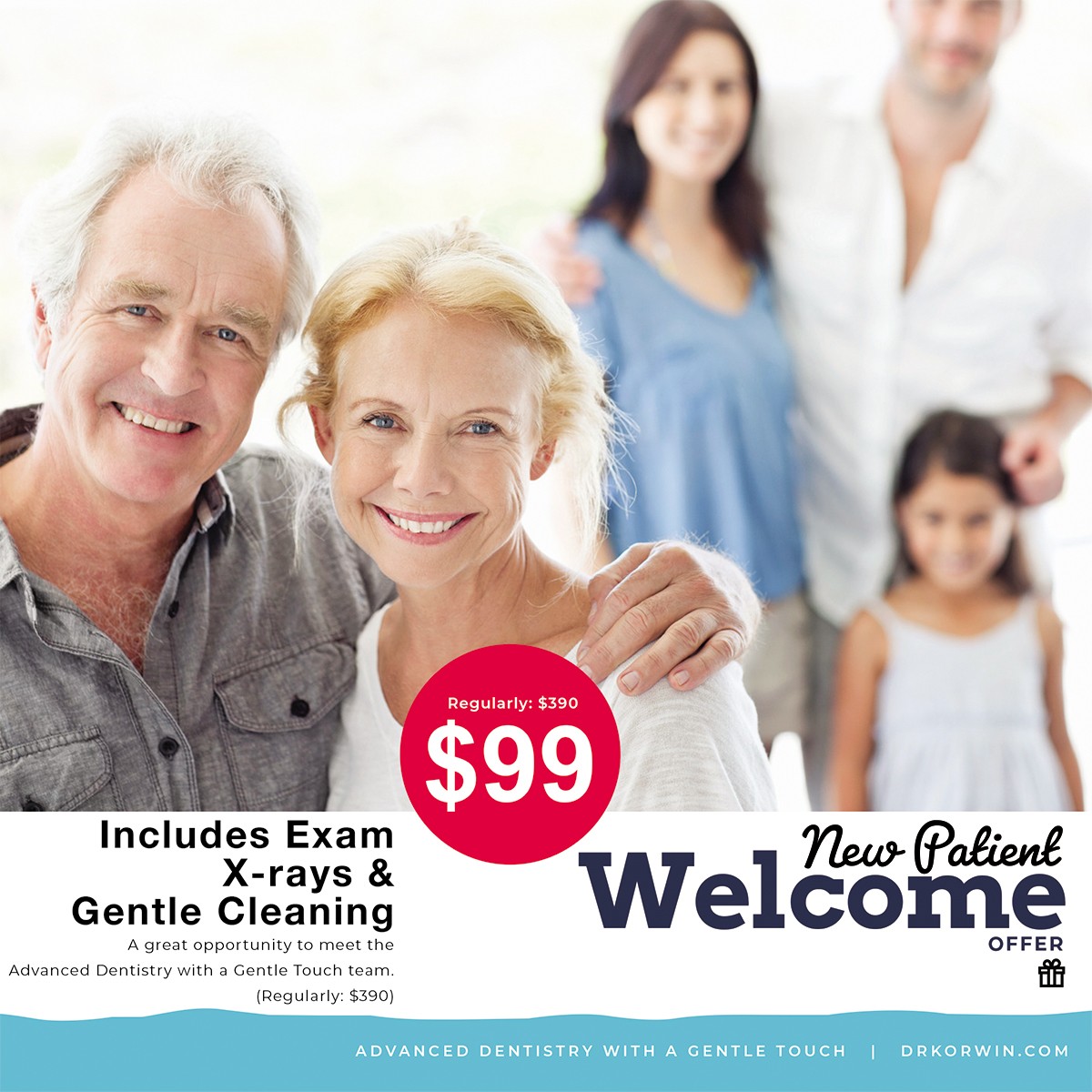 Our office not only smells clean and fresh but is a safe haven as well. Since March 2000,…
END_OF_DOCUMENT_TOKEN_TO_BE_REPLACED

Its great that we are ready to celebrate a new year and a new beginning. To make sure…
END_OF_DOCUMENT_TOKEN_TO_BE_REPLACED

Tweak your Thanksgiving with Teeth-Friendly Foods Turkey What we Like: Protein power packed with every bite. What we…
END_OF_DOCUMENT_TOKEN_TO_BE_REPLACED

What is wonderful is that diabetes and oral problems are controllable.
END_OF_DOCUMENT_TOKEN_TO_BE_REPLACED

Good tooth and gum care are the key to reducing plaque.
END_OF_DOCUMENT_TOKEN_TO_BE_REPLACED